It was one of the biggest stories in country music in the last few months. Morgan Wallen found himself getting the boot from Saturday Night Live after a weekend of partying. Everyone was talking about it across social media, including TikTok. But oddly enough, it was a “clap back song” how I first heard about it.

Bryan Andrews didn’t understand why everyone was on Morgan’s case and voiced his frustration in an original song that over 1.5 million people have heard on TikTok. While the clap back song got them to his page,  His voice and original songs are what have people coming back for more.

@bryanandrewsmusicYo @ronniedunn , wrote somethin for ya after I got off work today 😎

Viewers with disabilities can get assistance accessing this station’s FCC Public Inspection File by contacting the station with the information listed below. Questions or concerns relating to the accessibility of the FCC’s online public file system should be directed to the FCC at 888-225-5322, 888-835-5322 (TTY), or fccinfo@fcc.gov. 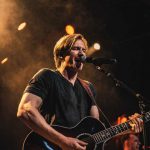 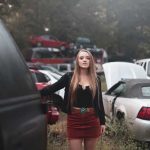